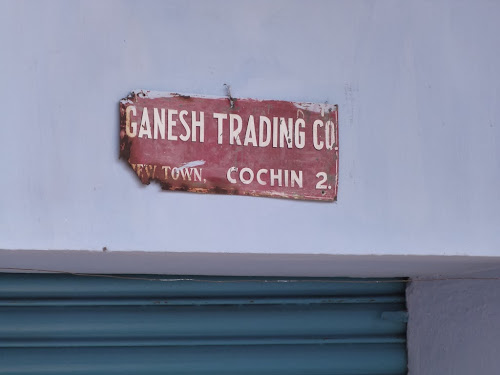 Cochin is one of those places that the guide books rave about, full of architectural character, religious diversity and rich cultural history whilst retaining the calm Keralan vibes of the coastline yet as 3 nights of travelling goes it was among the least memorable. Maybe we spent one day too long there, but unlike so many other places where minutes turn in to hours doing very little other than soaking up an atmosphere, view, or getting lost in a quality book Cochin just didn't quite strike the right chord

We opted to stay in the old fort cochin, not the bustling heavily developed Ernakulam, home to India's largest (Abu Dhabi funded) Lulu mall. In the notoriously expensive fort area we managed to find a guesthouse (Nichoo's Inn) for just 600rupees a night (£6). Whilst it was a pretty basic fan room and the famous Keralan heat was growing ever warmer it was well situated and the friendly duo who ran the place were welcoming even if they did serve us some foul curd.

The town itself was undeniably pretty, full of leafy lanes and cottage-like colonial buildings, the fort did feel very old world. The remains of the fort also give you a slight sense of how once this was the stronghold for the Portuguese in the South. Cochin also boasts India's first Synagogue at the heart of the equally pretty cobbled streets of 'Jew Town', full of shops selling antiques and souvenirs many proclaiming a 'no hassle' policy, yet just proclaiming you'll be silent whilst still waving your arms and directing people in to your shop is definitely still the practice of hawking. 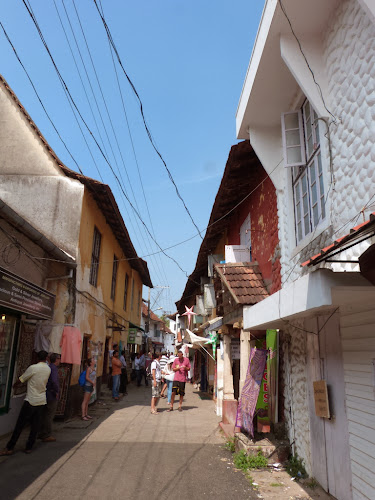 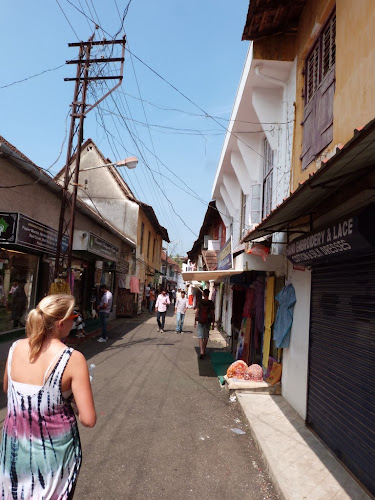 We also visited the old palace which has a heritage dating back to before the Portuguese and was in fact built by the Dutch when the ports of Cochin and Kozhikode in Kerala where the life blood of European traders. The murals inside the palace were fantastic but the building itself was remarkably bland and the packed hallways of the museum weren't exactly the ideal environment to learn of the rich history the palace must have. 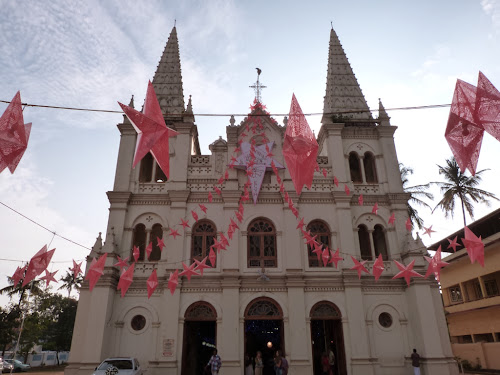 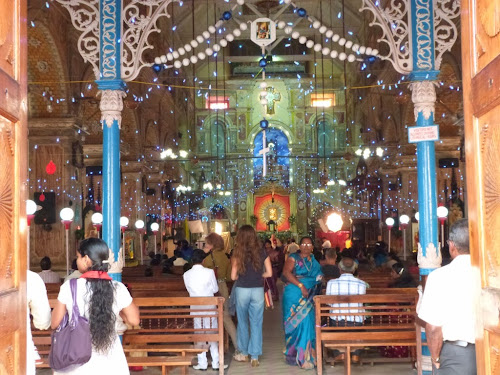 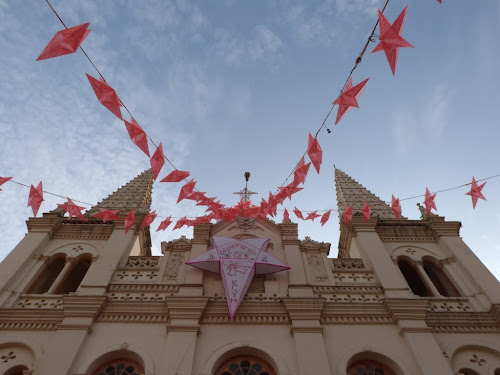 The Santa Cruz Basilica church. Decorated for an Indian wedding graced with the worst wedding singer we've ever heard. 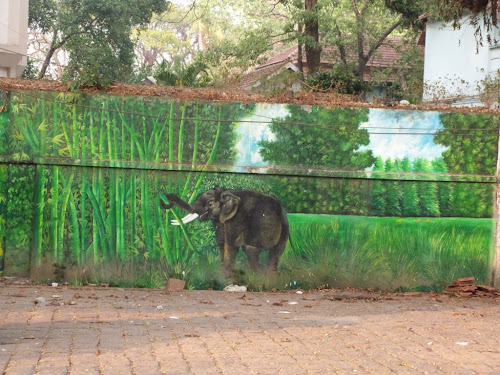 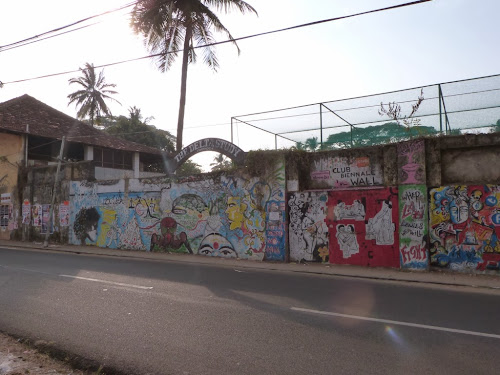 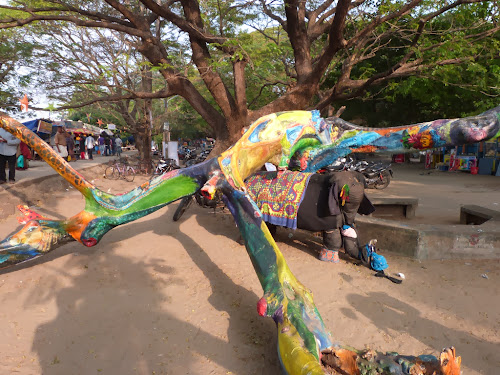 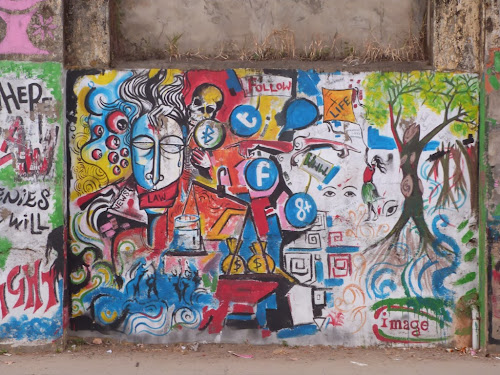 The town was graced with some really cool graffiti and street art. 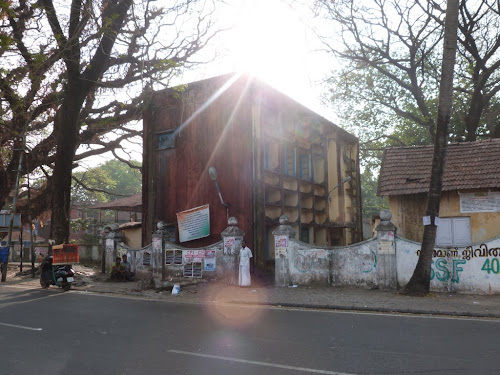 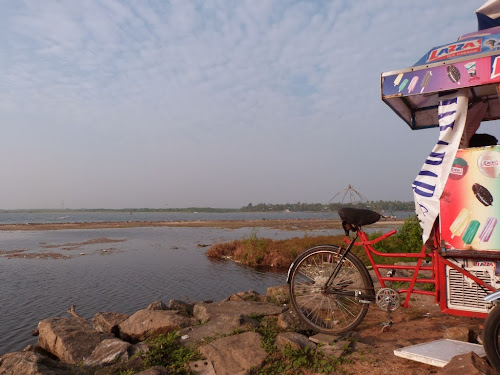 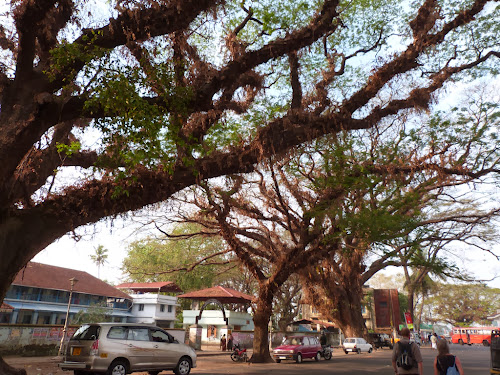 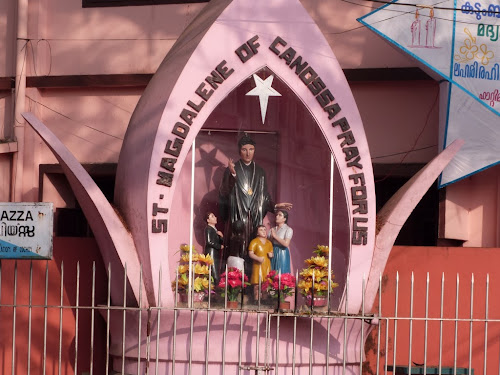 The thing about Cochin is that it really is very pretty, as you can see, in fact in terms of places in India I wouldn't mind actually living there especially with the proximity to all the creature comforts of the West just a short ride away in Ernakulam, but in terms of entertainment it was pretty thin on the ground. We went to the famous Chinese fishing nets that line the coast, again undoubtedly a pretty sight throwing you back to how things would've been back in the day but once you'd seen the nets and taken a few photos there was little activity worth sticking around for. 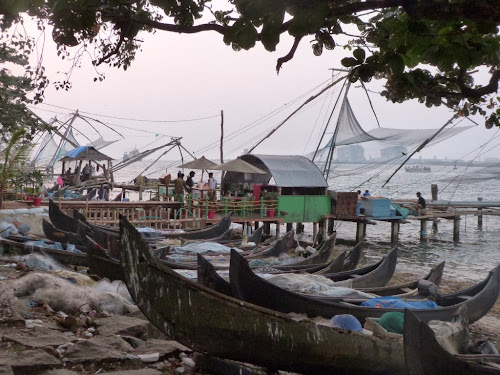 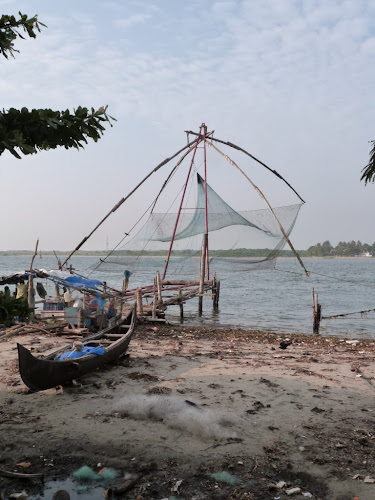 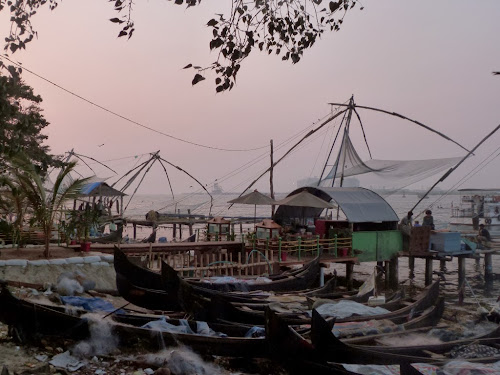 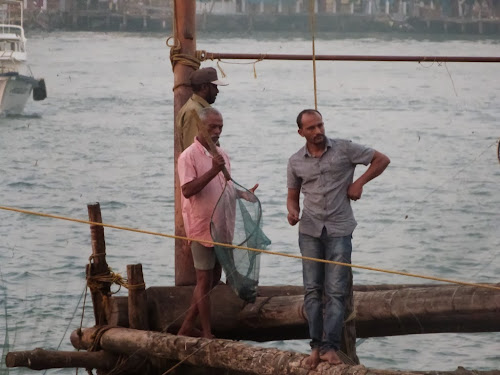 The performance of the traditional form of Keralan theatre known as Kathakali was also interesting and the demonstration of the eye and hand gestures that provide the story of the plays helped us to comprehend all of 10 minutes of the overly long performance involving the Hindu God Rama his wife Parvati and the fable teaching the young warrior Arjuna of patience and restraint. It was great seeing the elaborate make up and costumes, however. 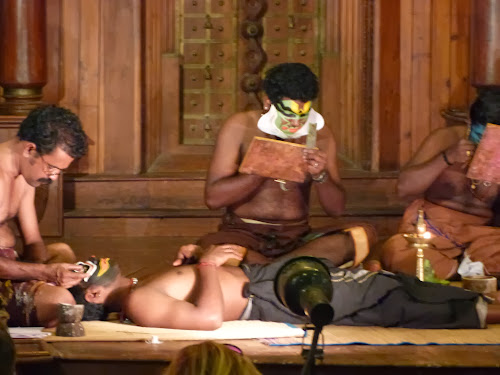 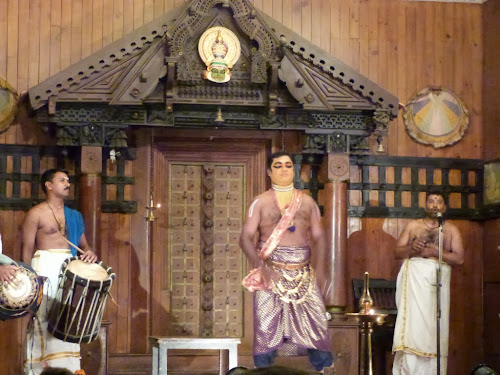 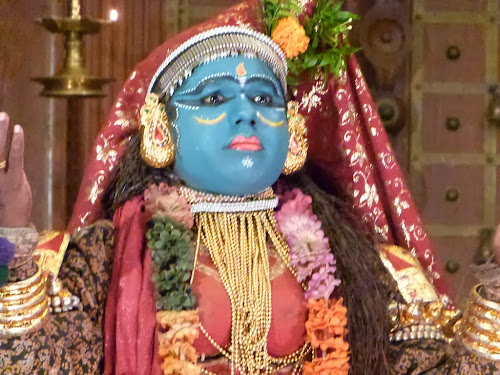 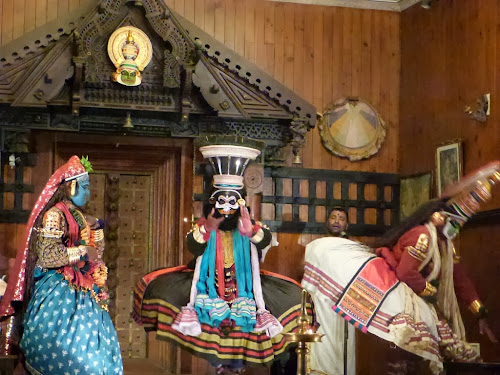 Maybe we're coming away sounding too critical of Cochin. We found probably our favourite restaurant in India, a place called Fusion Bay, famous for its fusion dishes of Keralan and Creole cuisine. Get there early as it's always heaving. It was also one of the most comfortable places to explore on foot due to the relative lack of traffic and leafy suburb feel to the whole place. In the end, it just isn't a place that will leave any striking memories, we enjoyed our few days but whereas the books proclaim one could kill a week in Cochin we struggled to fill 3 days. It was time to leave the heat and head to the land of the kings. Kerala had relaxed us and Jaipur was ready and waiting to slam us back down to earth in the land of the kings.

Posted with Blogsy
Posted by Unknown at 07:49